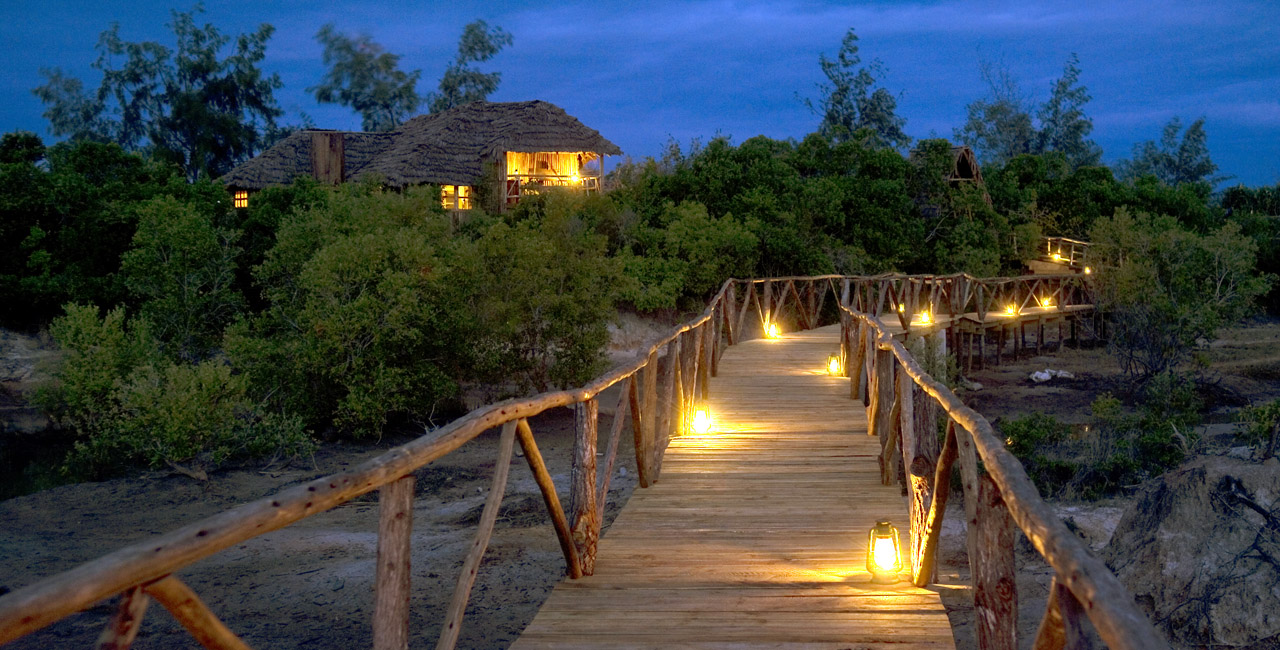 Tanzania’s only protected coastal wildlife preserve was gazetted in 1964. It covers an area of some
250 sq km from the Wami river in the south to the Mligaji river in the north, with the Moshi railway
line as the western boundary. Saadani is located in what is historically a very important coastal
strip emerging as an important trading post, appearing on maps from the early 19th century. The
village also contains a ruined fort, built by Arab slavers in the last century. This fort later became a German Boma(administrative center) after 1888.
From East to West, the open ocean with coral reefs changes to brackish water ecosystems characterized by mangrove forests, salt pans and bare saline areas. Further inland, the Wamiriver is the most important fresh water source besides numerous temporary rivers and dams. The marine extension of the park includes the Mafui sandbanks, whose colourful coral reefs are important breeding sites for many fish species. At low tide the sea retreats up to 100 meters and forms a convenient passage for local people and wild animals. These beaches are the only place North of Dar es Salaam where sea turtles still come to lay their eggs. The most common species is the Green Turtle (Cheloniamydas,kasauziwa), the largest of the hard-shelled sea turtles. Besides nest thieves on the beach, turtles are particularly threatened by commercial fisheries and water pollution. 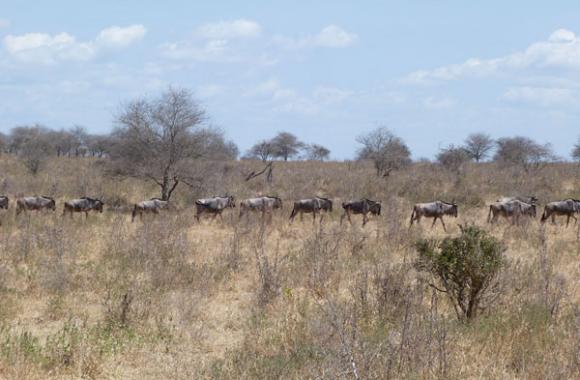 Evergreen mangrove trees grow in the transitional zone, just above the meansea water level. These salt tolerant tidal forests provide a resting and feeding place for many bird species, bats, monkeys, hippos and reptiles. Numerous species of fish or prawns also lay their eggs in these protected habitats. The
high demand for the resistant mangrove wood leads to overexploitation, making the protection of these forests even more important. In Saadani National Park, large mangrove forests grow along the Wami River. This is also the place where large groups of hippos (Hippopotamus amphibius,Kiboko) can be observed. The Wami River is also a good place for watching birds such as kingfishers,
fish eagles and many species of wading birds. Forests play an important role in protecting the soil against erosion and thus regulate the water cycle. They are especially vulnerable to illegal logging,
charcoal production and farming expansion. Besides the two large forests of Zaraninge and Kwamsisi, many of the smaller patches of forest and shrubs represent important habitats for
animals. In Saadani, elephants (Loxodontaafricana, tembo or ndovu) are relatively shy and usually hide during the day in woody parts of the Park. Leopards (Pantherapardus,chui) also occur in dense bush and thickets. Seldom seen, these animals are mainly nocturnal and can live in close proximity to humans.

Other showy animals living mostly in woody areas are the Greater kudu (Tragelaphusstrepsiceros, andala) and smaller antelopes such as Suni (Neotragusmoschatus,paa) and Duiker (Cephalophus sp.,funo). The crowns of the trees are inhabited by Colobus monkey (Colobusguereza,mbega) which, unlike most other monkeys, subsist mainly on leaves, strictly nocturnal bush babies (Galagos sp., komba), as well as many fruit-eating bird species, insects and butterflies.