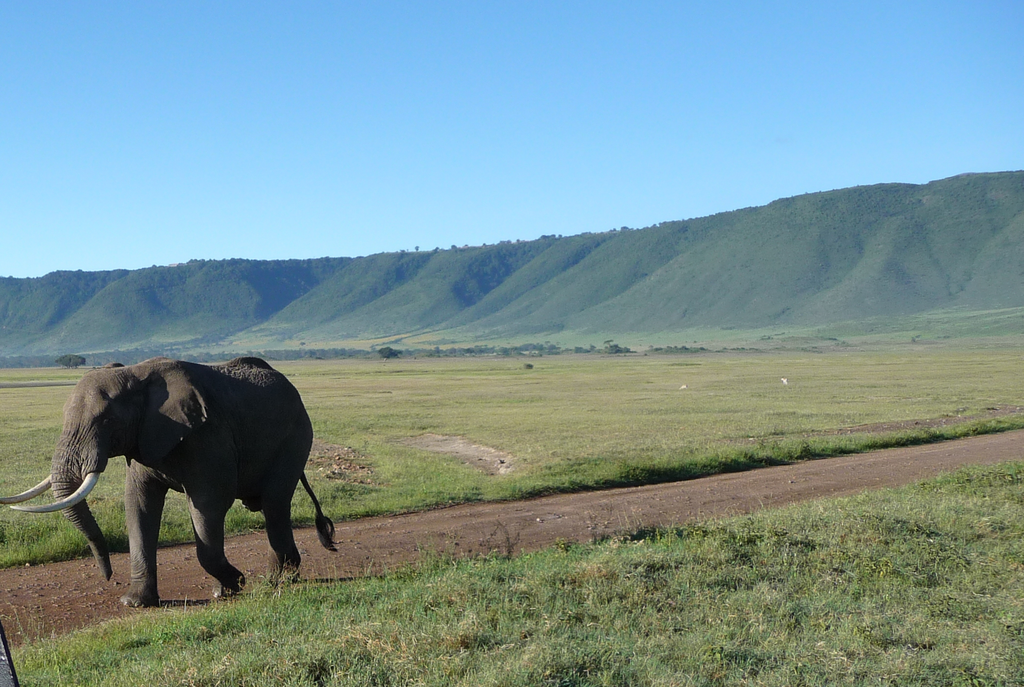 There are plans being considered for 14 more luxury tourist hotels, so people can access “the unparalleled beauty of one of the world’s most unchanged wildlife sanctuaries”, however, the people who own the land have had few benefits from tourism. None of the senior level positions in the Ngorongoro Conservation Area are yet held by a member of the local Maasai pastoralists, who, in 2013, were aided by an international Avaaz campaign from being evicted from pastures bordering Serengeti National Park in order to facilitate the interests of a private

Based on fossil evidence found at the Olduvai Gorge, various hominid species have occupied the area for 3 million years.Hunter-gatherers were replaced by pastoralists a few thousand years ago.The Mbulu came to the area about 2,000 years ago and were joined by the Datooga around the year 1700. Both groups were driven from the area by the Maasai in the 1800s.

Massive fig trees in the northwest of the Lerai Forest are sacred to the Maasai and the Datooga. Some of them may have been planted on the grave of a Datago leader who died in battle with the Maasai around 1840.

In 1921, the first game preservation ordinance was passed, which restricted hunting to permit holders throughout Tanzania. In 1928, hunting was prohibited on all land within the crater rim, except the former Siedentopf farms. The National Park Ordinance of 1948 (implemented in 1951) created the Serengeti National Park (SNP). This, however, caused problems with the Maasai and other tribes, resulting in the NCA Ordinance (1959) that separated the NCA from the SNP. The Ngorongoro Conservation Area Authority was established by the Game Park Laws (miscellaneous amendments) Act, 1976 and owns the majority of NCA land, including the crater. The area became a UNESCO World Heritage Site in 1979.

Land in the conservation area is multi-use and unique because it is the only conservation area in Tanzania that protects wildlife while allowing human habitation. Land use is controlled to prevent negative effects on the wildlife population. For example, cultivation is prohibited at all but subsistence levels.

The area is part of the Serengeti ecosystem and, to the northwest, adjoins the SNP and is contiguous with the southern Serengeti plains. These plains also extend to the north into the unprotected Loliondo division and are kept open to wildlife through transhumance pastoralism practiced by the Maasai. The south and west of the area are volcanic highlands, including the famous Ngorongoro Crater and the lesser known Empakaa Crateri. The southern and eastern boundaries are approximately defined by the rim of the East African Rift wall, which also prevents animal migration in these directions.

NGORONGORO CRATER
The main feature of the Ngorongoro Conservation Authority is the Ngorongoro Crater, the world’s largest inactive, intact, and unfilled volcanic caldera. The crater, which formed when a large volcano exploded and collapsed on itself two to three million years ago, is 610 metres (2,000 feet) deep and its floor covers 260 square kilometres (100 square miles). Estimates of the height of the original volcano range from 4,500 to 5,800 metres (14,800 to 19,000 feet) high. The elevation of the crater floor is 1,800 metres (5,900 feet) above sea level.

The crater highlands on the side facing the easterly trade winds receives 800 to 1,200 millimetres (31 to 47 inches) of rain a year and are covered largely in montane forest. The less-steep west wall receives only 400 to 600 millimetres (16 to 24 inches) and is grassland and bushland dotted with Euphorbia bussei (es) trees. The crater floor is mostly open grassland with two small wooded areas dominated by Acacia xanthophloea.

Maasai cattle in the crater

The Munge Stream drains Olmoti Crater to the north, and is the main water source draining into the seasonal salt lake in the center of the crater. This lake is known by two names: Makat as the Maasai called it, meaning salt; and Magadi.The Lerai Stream drains the humid forests to the south of the Crater, and it feeds the Lerai Forest on the crater floor – when there is enough rain, the Lerai drains into Lake Magadi as well. Extraction of water by lodges and NCA headquarters reduces the amount of water entering Lerai by around 25 percent.

The other major water source in the crater is the Ngoitokitok Spring, near the eastern crater wall. There is a picnic site here open to tourists and a huge swamp fed by the spring, and the area is inhabited by hippopotamus, elephants, lions, and many others. Many other small springs can be found around the crater’s floor, and these are important water supplies for the animals and local Masaai, especially during times of drought.

Following the recommendations of the ad hoc committee of scientists convened after the year 2000 drought, an ecological burning program was implemented in the crater, which entails annual or biannual controlled burns of up to 20 percent of the grasslands. Maasai are now permitted to graze their cattle within the crater, but must enter and exit daily